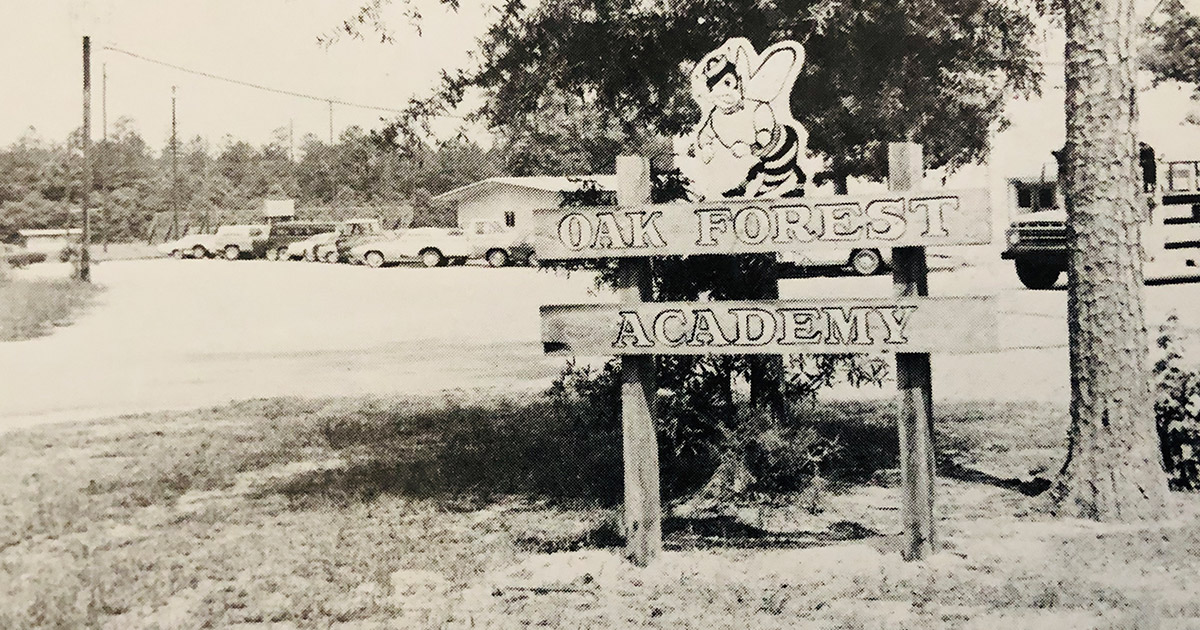 In February of 1969, a group of teachers and interested parents met in Amite and agreed to form a new school. A ten-acre plot of land was purchased from the McClendon Estate. Ground was broken in July of 1969 and cleared by Mr. Emile J. Courtney and Mr. Stanley Anderson. The concrete block building, which is the present-day Elementary School, housed a mere ten classrooms after being built by Amite Building and Supply.

Class is in Session

A contest was held for the students to select the school name, mascot, and school colors. Student entries were submitted to the Board, who made the final decision: Oak Forest Academy, Yellow Jackets, and Black and Gold.